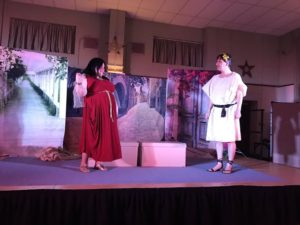 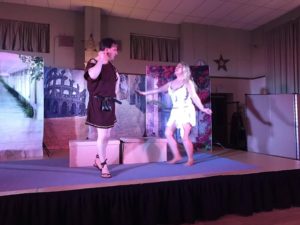 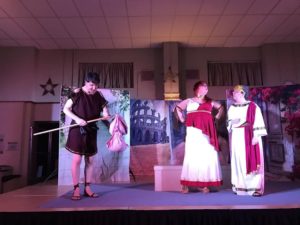 Over 70 people attended a fun performance by Ad Hoc Theatre Company of the popular Up Pompeii at The Centre on Saturday March 18th, including  20 turning up on the night.
The performance was very good with plenty of innuendos, one liners and ad-libs.  The Centre is now looking forward to the company returning with their next show later in the year.
In the meantime they will be launching their next set of  Act Up! workshops on Friday April 7th at The Centre for 11 to 15 year olds, 6.30pm to 8pm.   During this 9 week period an original and devised play will be written and performed by the teenagers.  £60 for the full set of workshops.
Book with Adan Loughlin on email: adhoctheatre@hotmail.com or Mob: 07429 096030.
Tweet