Thanks to everyone who came to Ale Quest

Ale Quest was fully sold out and attended by people of all ages. Beer on tap flowed aplenty as people enjoyed the music. Dressed in black outfits with colourful swirls on their tshirts and their faces, Samba Espirito opened Ale Quest with gusto – they played with great energy as they moved in rhythm with their resounding drums, It was a great performance and well done as it was their first public performance too. Next was the Pug Uglies who gave an enjoyable performance too.  They were followed by Hiroshima Twinkie, musicians who described themselves as twisted folk, they sang songs on diverse topics – life, a tortoise, blue skies and a Lune Valley Ramble, a song that mentions Halton – all  played with great humour and they got people dancing – even the conga! Finally was Philip James Turner and Crow Mandala, an American Indie inspired 6 piece band with trumpet and  keyboards as well as guitar and drums. Mama was a Bird was one of their highlights. 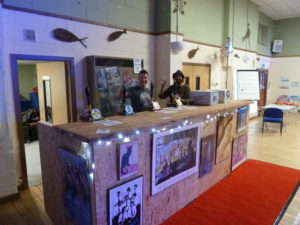 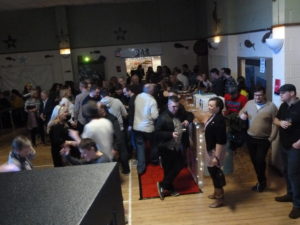 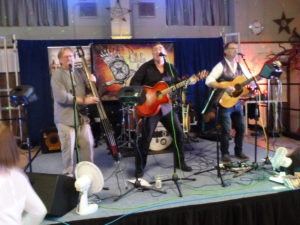 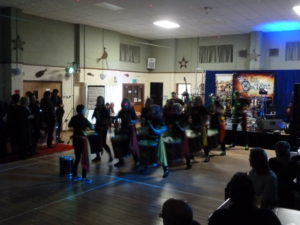